Halory Goerger creates shows and installations instead of building houses or repairing animals because it’s better like that for everyone. He works on the history of ideas, because everything else was already taken by the time he came along. 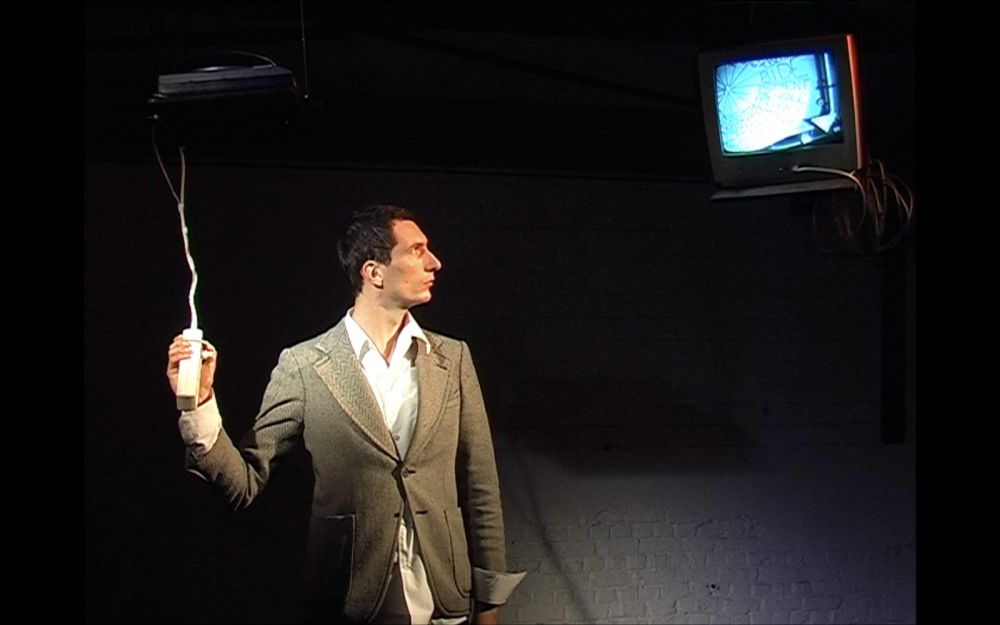 Born in 1978, lives in Lille (France). Studied litterature, post-graduated in information science, and relocated his research on stage. In 2004, started a seminal practice anchored in language experimentation with a taste for weird forms.

More influenced by post-modern dance than by post-dramatic theater, he wrote and performed bits and pieces that became a first ever-evolving ensemble called Métrage variable (2004-2011), dealing with poetry, expanded cinema, and catatonia.

Conceived installations about the print culture (le grand lecteur and toucher le fonds, 2005, with Martin Granger). Wrote fake commercials for contemporary dance, that ended up on real TV : Bonjour concert (2007). Wrote and performed two projects  &&&&& & &&& (2008), and Germinal (2012) with A. Defoort. It triggered the necessity for a mutualized platform that became l’amicale de production.

Between 2010 and 2012, with the collective «France Distraction», conceived a series of installations, notably les Thermes, giant ball pit in which he still gives lectures on stoicism.He co-wrote Il est trop tôt pour un titre (Sujet à Vif Avignon 2016). For Morton Feldman (2017) is the start of a new work on music theater.

He co-founded and co-directed Amicale de Production from 2008 to 2016. He does not participate in it anymore, and runs a new structure dedicated to his own projects : Bravo Zoulou.

His work has been shown in: